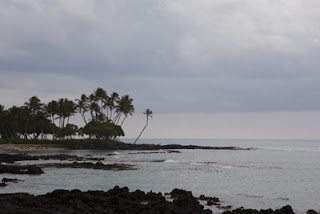 View from Fairmont Orchid Hotel along the Kohala Coast on the Big Island of Hawaii.
Posted by Judy Alexander at 10:37 AM No comments: 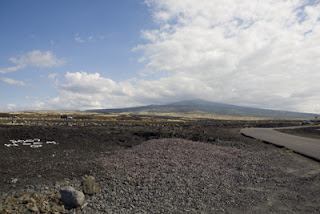 Since I don’t currently have a “real job” in a corporate cubicle and my time is somewhat flexible (between scheduled photo shoots), I said “yes” when the last-minute opportunity arose to go on a press trip to Kona, Hawaii as a freelance writer representing Orange County Bride Magazine, in which I advertise my wedding photography services. I’d hoped to take my husband, Gene, but apparently organizers of such trips frown on turning the free trip into a family vacation. Then, just days before leaving, I caught a bad cold, but I decided that unless I broke both legs, I was going, because I’ve never before visited Hawaii and the photo opportunities are wonderful. Besides, I like to travel and imagine living in a completely different place.

My official job is to review the hotels and write about them as propective wedding and honeymoon destinations. Since neither my husband nore I (both of many-siblinged, middle-class families) had never stayed in a motel better than a Motel 6 before going on our own honeymoon up the coast of California, we both felt pampered when we stayed in an upgraded room with a fireplace and a free matchbox-sized sewing kit.

So, it won’t be hard for the hotels’ public relations representatives to impress me.

Since I’m taking the place of a reporter who had to cancel because of a sick relative, the optional activities are the ones she chose. I consider this a good thing, because I’m a land person who would have gone horseback riding and hiking (activities I already do at home), while she chose water-based activities that sound much more Hawaiian: snorkeling, encountering dophins, more snorkeling, and visiting the the water recycling plant.

In fact, I’m such a hiking-boots sort of girl that I when I pulled my most-likely-to-still-fit bathing suit from the drawer, I discovered that the elastic had given up on me, so that wearing the suit would likely have made the “discover the dolphin” experience one where the dolphins do the discovering. Into the trash can went the bright orange suit. My second choice was a navy-blue suit I bought a few years back when I’d started thinking of myself as middle-aged. This number features bottoms that camouflage a woman’s thighs in gym-short fashion. Unfortunately, the full-coverage-for-the-modest-woman effect only works on shore. Once in the water, the pant legs turn the wearer into an exhibitionist. They inflate, then magically remain inflated like a thick second belly. I packed this suit anyway, as a backup, much like the spare tire it resembles. Then I dug around my drawer until I found my oldest suit, a traditional cut with less coverage but no air-retention problems. Its only defects are straps that slide off the shoulder, but I plan to tie them tightly together behind my head with a shoe lace.

Despite my lack of recent water experience and faulty swim gear, I’ve enjoyed swimming in the past and intend to literally immerse myself in the Kona, Hawaii experience. Within two hours of leaving the plane, I’m scheduled to don snorkeling gear! Kona, Hawaii, here I come!
Photo: View of lava beds alongside the highway leading north from the Kona airport.
Posted by Judy Alexander at 7:09 AM No comments:

The Books Are Here! 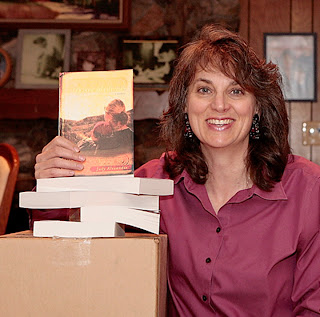 Last night I had my first official “book signing” at a small group, the Lovely Literary Ladies book club, which I’ve belonged to for about five years. They were gracious enough to read the story in manuscript form several years ago, at a time when it still seemed probable that the book would never make it to publication. How wonderful to celebrate success with women who remember how hard I’ve worked. I even sold copies of my book!