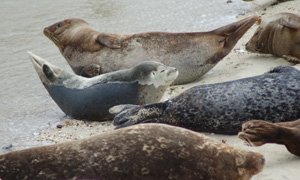 Photo: Harbor seals at La Jolla, California, in June 2006.
Posted by Judy Alexander at 7:33 AM No comments: